More changes, so I am now calling it bathroom 2.0.


The bathroom needs a little tweaking. Thu builder suggested a large shower tray measuring 160cm by 80cm the space width is 85cm. The length of 160cm means there is only a gap of 30.5cm at one point, so you would be unable to get to the sink. So I think the shower should be maximum of 110cm by 85cm.  And the 5cm gap at the side would be difficult to clean, and may be a nice place for mould to grow.
After a day of searching on the internet I found a company that will make shower trays and cubicles to measure.
The price isn't that bad either no different than an off the shelf one.
Good job a saw this now and not when the builder starts.


I have also been searching for some nice switches.
As I will be renting the apartment out in the summer, I need something that is practical and works with the Loxone automation system. While touch switches from Loxone look good, I feel for rental purposes they need to be easy to operate, and the touch switch would require a small instruction manual as they have 5 zones, each one can be programmed to do what you want.

And a push switch doesn't need instructions as everyone knows how to use a light switch. The only difference is these are retractive or push switches (think like a bell push in operation).  Its taken quite a while and a few dead ends. One supplier actually stopped producing the switches I really liked. But I persisted and  have found these switches from a company called Retrotouch . They even have little pips on each switch that glow in the dark. The face place is made of glass. All I have got to do now is work out how many I need and of what type, and how to connect them up to the Loxone system.
The loxone system allows for multi click switches which cuts down on the number of switches, but again for rental purposes I won't be doing this. I will actually  have two files for the Loxone mini server. One for when I live there and another for when the place is rented out. 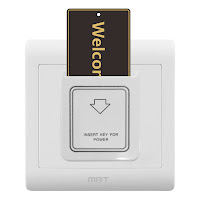 The other thing I have been thinking of is energy saving. I don't want the AC's left on when no-one is in the apartment. The hotel key card system works quite well and can save up to 30%, but they are not fool proof and all you need to do is put a normal card in the slot and it will give you power. I have found a system that requires a special magnetic key to be put in the slot to give you power. What I want the system to do is when the key is removed it will turn off the AC and switch off the lights after a set time of about 30 seconds. Just got to find a supplier who doesn't want me to buy 30 of them. 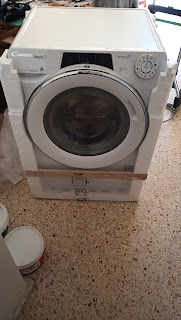